Currently based in Tokyo, Japan. David spent 8 years on the Korean peninsula, performing in the region. Including two tours across China.

“A packed Tipi Tent transfixed throughout a performance that constantly pushes boundaries while conforming to no one along the way” – Gigwise, review of End of The Road Festival, 2018

“We saw his magic unfold again in an hour that we wish it never had ended. Old songs mixed with new ones, same style, same lopped and reverbed guitars, percussion and voice, showing us he’s back and he has a lot to say, even better than 10 years ago. Just pure sonic ecstasy.” – CLOT magazine, Review of Fort Process Festival, 2018

“Broughton’s live shows are miniature spectacles… He layers sounds in slightly haphazard ways, as though his songs weren’t so holy that he couldn’t subject them to chance” – Pitchfork

“The most brilliant and baffling show I’m likely to see this year.” – Timeout NY

As a celebrated live performer, Broughton explores awkwardness through songs of beauty and discord, relishing the absurd. Since David’s first few shows in his native Yorkshire in the early 2000s, he has performed at numerous festivals, toured extensively across the UK, Europe, USA, Japan, Korea and China.

“Straddling the line between music hall turn and avant-garde performance artist, Broughton’s live show is not to be missed.” – MOJO magazine 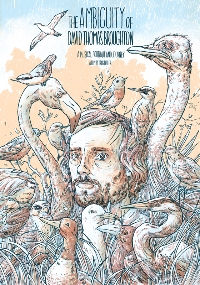 Broughton was also the subject of the 2015 documentary
‘The Ambiguity of David Thomas Broughton’ (dir: Greg Butler).

“a film that manages to confound the mystery around its subject while capturing his peculiar allure. It’s a portrait of a true English eccentric.” – Bella Todd, The Guardian

“The Ambiguity of David Thomas Broughton is a great-looking delve into a little known musical crevasse and a loving ode to the odd.” – Tim Oxley-Smith, Crack Magazine

“David Thomas Broughton’s debut ought to catapult him somewhere near the head of the bearded class” – 8.4 Pitchfork

In over a decade since the critically acclaimed debut The Complete Guide to Insufficency, David has continued to produce records which delightfully interweave layers of beauty and discomfort, releasing both solo and collaborative work. 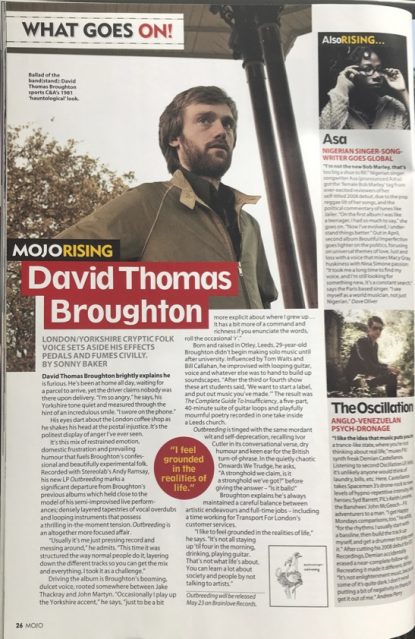 SoundCloud: recording of my performance for Take-away-shows in PARIS, david-thomas-broughton-chez-le-fleuriste, 2009 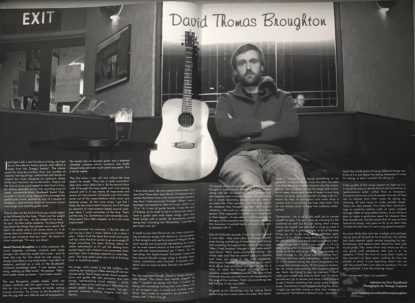 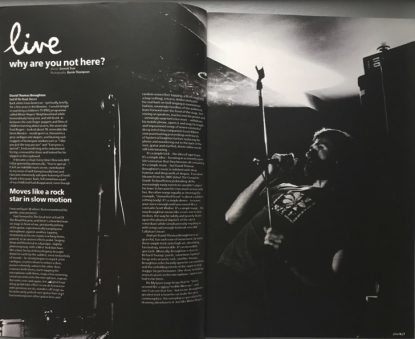 Above photo by Cameron Smith

Owen Richards took some decently nice photos a while back. You should get him to give you some or take some more if you need. 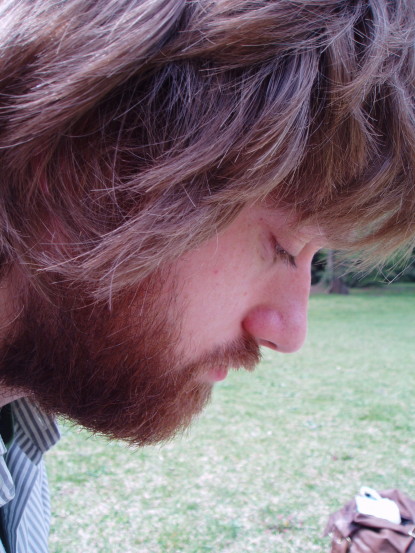