15 years since the birth of ‘The Complete Guide To Insufficiency’ I’m celebrating the fact with both a tour and a vinyl issue of the album. 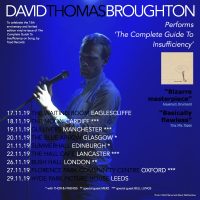 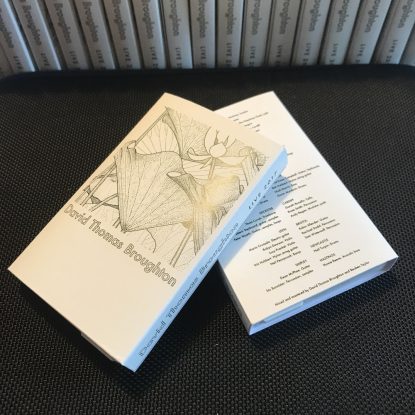 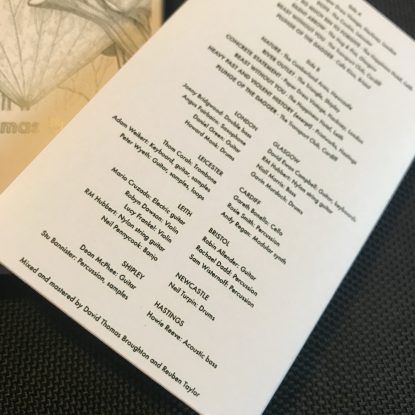 These limited edition cassette compilations of live snippets recorded during my Autumn/Winter 2017 tour are now made. Real things.

I’ve put them up on the Bandcamp here:

That roll-call of collaborative players that ended up on this collection is:

I’m doing at least one festival this year. In July in sunny Sheffield! 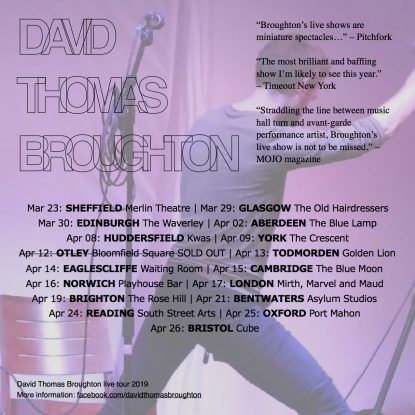 Coming somewhere near you in a few weeks.

If, indeed, any of the below are near you.

Come and have a peek.  Some additions pending to the below poster! 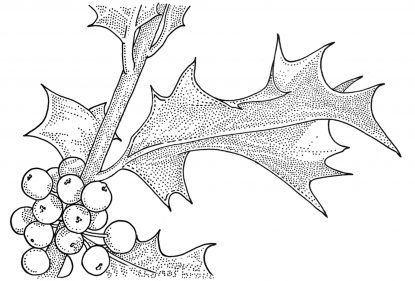 Recorded for, and not selected for inclusion on, Song, By Toad 12″ split series (erroneously name-checked on the sleeve where another track, Heavy Past and Violent History, was in it’s stead).

Lead us, Oh! Into fields of danger.
Lead us, Oh! To the farmer’s gun.
Bid us hide ‘neath wall of dry stone.
Progress slowed by the drifting snow.

Next concert is a performance at West Dean College for Conservation and the Arts. A series of events curated by my friend Mary Hampton. The event is a ‘pay what you decide’ affair allowing you to express how much you valued your experience in monetary terms.

I’m sharing the bill with the brilliant Hamilton Yarns, from Brighton.

It should be a beautiful evening.

See you there, lest you be square!

Tickets are still available for this show.

It’s been confirmed that opener, Laura Cannell, will be performing with André Bosman.

Check out their album Reckonings : 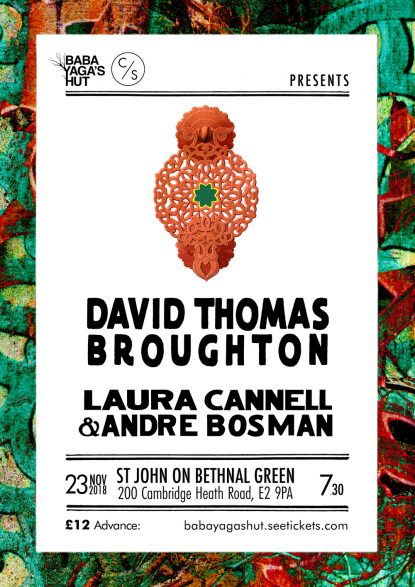 Currently battling jetlag at Concrete and Grass Festival in Shanghai.

It seems like the heat will never end in Asia, scary that there is not more mention of climate change in relation to the record temperatures. My skin colour is becoming default tomato in this blistering sun. Skin cancer rates will rise for sure.

Thanks for those to toddled over to the Tipi stage on sunday afternoon. I had a lovely time at End of the Road Festival, good to see some familiar faces.

Come one and all to Glasgow and Newhaven next week.

I mentioned a while back I was returning to China for a few days….

This is what happened:

Head straight to Sense Club Records to hang with Ryan and his crew.

I play the first show, throwing myself through a couple of small amps and practicing with my new set-up of an electric guitar through an iRig in an iPod Touch.

A take-out dinner of lovely gingery tofu and fish soup with rich and a side of delicious aubergine and green beans.

Not long after the show we head off to collect a few things at Ryan’s before catching a sleeper train to Xiamen.

If you haven’t caught the sleeper in China then here’s the drill: Sleep on a board. Shit in a hole. Wake every five minutes to the sound of snoring, or the scent of pot noodles.

Train stations all have andy water dispensers to fill up your flasks. Great, was looking for some refreshing cool water to save on buying bottles. Ouch! Those taps dispense only boiling! That for tea, you dunce!

Make our way to the Venue and Hotel. They are close by each other in a creative corner down by a small inlet of sea. The feel of Xiamen is lighter and fresher and coastal. Almost Mediterranean. Where we are I feel old.

We’re guided to a seafood restaurant which provides us a tasty fill. Simply done broiled fish in chillies and ginger, fresh greens and egg. Washed down with a refreshing beer.

The venue ‘Real Live’ is a cosy cafe type of place (I don’t play the larger live space behind the curtain). Fair enough, I’m not drawing a big crowd. I feel much more comfortable in these more intimate spaces.

After I play the staff walks over with a bottle. “That man bought this for you” she says, gesturing toward a couple making their way out of the venue. The man turns before they exit to give an appreciative nod. Well at least one person liked it, or as I often fear, felt compelled to buy me a beer in commiseration.

Ryan and I take a leisurely evening stroll and find a balcony to overlooking the port and a beer to sip. In this humid time, as you all know, one doesn’t feel like doing much.

Wander Xiamen for some breakfast (noodles) before struggling to hail a taxi to the station. We end up resigning ourselves to the more expensive route of a direct taxi to the main train station, instead of out cheaper idea of a short taxi ride to the subway to then take said subway to station. Tour compromises/cheapskate’s dilemma.

Another impressively cavernous train station to catch an ambling train to not-so-far-away Fuzhou. Some European dude in front of us in line to collect tickets remarks “Whats the point of these fast trains when you spend so long queueing for tickets” or some such needless witticism. I fail to have the brain speed to respond with anything but a throttled “heh, yes” when my long-form idea would be to set him straight on the assumption that we are all getting fast trains and his lack of realisation that the Chinese can use their privilege as natives and use the automated machines. Nevertheless, he did nothing wrong and I am just a dull misanthrope.

Fuzhou greets us with another out of town station to subway ourselves closer to our destination. We pop up in a skyscrapered fancy-pants district – and a Super 8 hotel. This US chain boasts a trio of 70’s founders on the poster in the elevator (Look like a young Des Lynam, that other one from the Likely Lads, and Judge Rinder).

Opposite the Hotel is the preserved (or renovated) alleyways, all smart and clean but unsuitable for wheeling my now broken suitcase along. But this is where the almost idyllic creative space of Maker Live is.

Some really tasty starchy chewy noodles later and we’re sat with a coffee waiting for soundcheck. An odd indoor stage with a  square of standing floor space roughly the same size.

We have some interest in merchandise and some of the art-student types seem on-board. We sit and drink afterwards at the invitation of some of my audience.

Not much time after this to do anything but get some well-earned kip.

After a complimentary breakfast of rice and greens, congee and tomatoes, we head back out to the rail station to catch a very speedy train to Yiwu. “The world capital of small commodities”

Reaching speeds of over 300kmph we arrive at Yiwu which feels pretty lush and green, scattered across some gentle hills. As we clamber off the train a couple of musicians clamber on in our stead. Turns out they played Gebi the night before.

Gebi is set up in an old temple in the hills overlooking Yiwu. It is a tumble-down creative space, run by live-in musicians, and housing a secluded recording studio. Underground pioneer, Shengy, of White+ and Carsick Cars, happens to be out here recording at this time.

Such a wonderful place to play – very relaxed and freeing.  The food delivery from a local restaurant was also really great, albeit washed down by filthy local alcohol.

Our train trundles in and a taxi drives us up to the Blue Danube Hotel by the small canal under the shadow of the overpass. Trees and running water makes for a relatively pleasant place to stroll in this muggy season.

In contrast to casual crumbling Gebi the Hangzhou venue is a big ‘livehouse’ in a spanking new shopping centre in neat and tidy Hangzhou. A place where cars stop at zebra crossings!

Snipped to a half-hour set mid-bill it’s a different show to the others where I was the only player -but this means I’m playing to a larger audience. I feel like it went well, and so does a reviewer. I chat to some Yorkshire expats who recall my performance at Moor Music in the late 2000s. World indeed small.