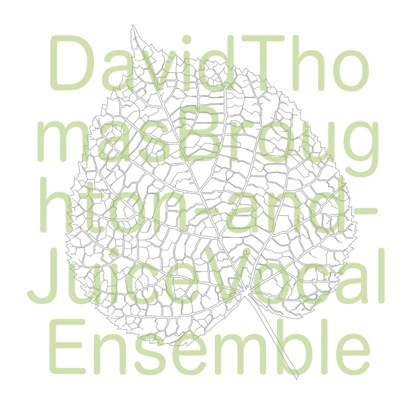 Coming September 2014, on Edinburgh based label Song, By Toad.

After meeting at SXSW in 2011 Juice and David kept in contact about possibly working together. But getting together at the same time is difficult for artists who are busy with their own projects, particularly if one is based in the Far East. Finally in 2013, during a couple of short trips back, David gathered the group in his home town of Otley to spend a few hours recording.
The album spans the hymnal to human beatbox, discord to angelic harmony, with lyrical themes displaying the weaknesses of men, via rural imagery and sombre love songs, to the decline of northern industry and pub brawls. David had some basic ideas; Juice had no idea what they would be faced with. After some short discussion and a little practise the part-improvised tracks were recorded by Phil Snell at LIMBO studios in Otley. All parts were recorded live in one take and kept sparse, underpinned by David’s gentle and often imprecise guitar playing as the accompaniment to four voices.

For some more information on Juice, they have a website: www.juicevocalensemble.net