“Ten years ago this year we ‘finally’ released what had been about a week or two’s work up to that point: The Complete Guide To Insufficiency. I say ‘finally’ because it was a short road, of minimal struggle, but nevertheless kind of a chore to not only convince anyone that I could be an artist (myself included), but to actually get the world to be bothered to listen to that art. I am extremely grateful to each and every one of the four or five people along that road who helped, lent an ear, gave of a little bit of effort to that project, and to some of the projects that followed, but who have probably turned their backs on those to come. I am honoured and humbled by my fan, for their wavering support and love over the past ten years. I wake up every day trying to muster some motivation to give something back to them that they can rock to and be proud of, but frankly it is often more effort than seems worth it. Ten years later I am still the same insufferable bore from Otley, still here, still lurking in the shadows near the door. The doors may be open, but I promise you I will continue to lurk just outside them, or failing that finally yank them shut” 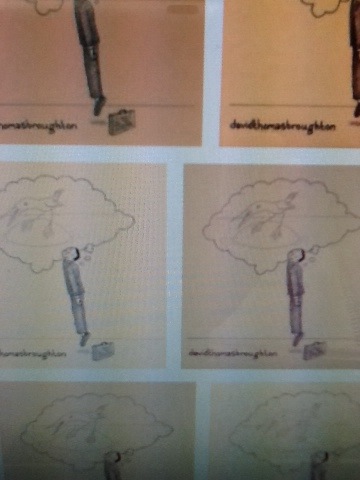