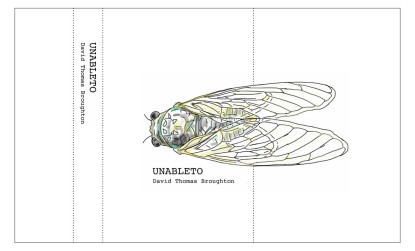 A jumble of electronic samples, feedback mishaps and manipulations, mixed with folk songs. All played into the pin mic of a Macbook, colliding on Ableton Live in haphazard and randomised arrangements. A study in seeing what happens. Loops phase, falling in and falling out, locking into ambient sprawl or cutting into manipulated noise.

The lush and strange first single is “Problems,” which is as much folk-pop genius as it is a propaganda piece for a new – as yet, unknown and undefined – type of faith.

In the physical realm, UnAbleTo is limited to 100 hand-numbered cassette tapes, while also existing perpetually in the digital realm.”

B1. Take the Edge Off
B2. Martha
B3. Rather Forgive