It is the year 2020, we are all so severely brought down by the weight of absolutely everything. Unbelievably, we seem have carried on regardless.

In November last year I pootled off around the UK in a car. Yes. I know! I was presenting a performative look back at my debut record ‘The Complete Guide to Insufficiency’.

This is roughly how it went: 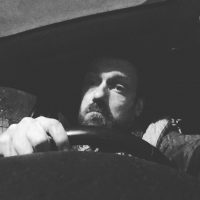 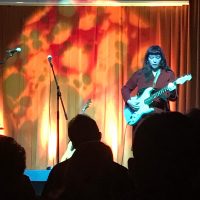 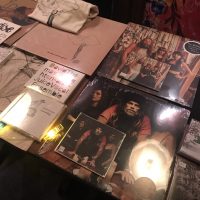 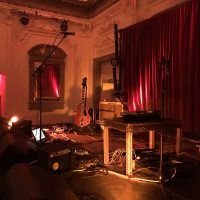 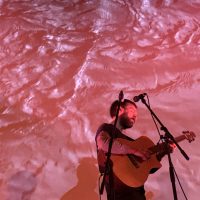 The first show was a very intimate affair up in Eaglescliffe at The Waiting Room. Getting into my stride as far as facing an audience again goes. Being so familiar and friendly it’s a good place to start. I took the uncertain step of actually talking to the audience and didn’t feel uncomfortable about it. I think it might be something to do with my age and my new status as a a father. The next day in Cardiff – The Moon – this is a proper music venue with sticky floors an matt blackness. A bigger audience. I still went off with the chit chat. I subsequently went right in with the improv stand-up routines jammed betwixt my maudlin songs. Manchester, Glasgow, Edinburgh, etc etc… Joined by some of it by the inimitable Bell Lungs, who joined me for parts of my set. A couple of shows with Merz, who had come over from his new base in the USA to promote the 20th anniversary of his first album. I didn’t mention how I had excitedly awaited it’s release all those years ago, in the same month as I excitedly awaited the release of Peloton by The Delgados. Anyhow – two big shows were the Leeds one at the Hyde Park Picture House, where I didn’t have the foresight to stop the looped projection at any point during my performance, and the London shebang down in Bush Hall. What a wally I was. A film of that show is available to stream somewhere.

So, those were the beforetimes.

EDIT: I have since relocated to Tokyo. I will endeavour to provide an update when pandemic fatigue allows. Mange tout!